After leaving the Otaki I started wondering what life was like living ashore and getting a job and learning to drive. So I moved in with my aunt and uncle in West Sussex and got a job making yacht sails, learnt to drive, passed my test, bought a car and drank too much on my 21st birthday.

I enjoyed this ‘new’ life style for a while but as it got cold over Christmas I knew it was time to head south and landed myself a job on the mv Mataura which was heading south, joining in Liverpool 08-01-1969.

The Mataura was a new ship with nice single berth cabins and faster than other ships that I had sailed to New Zealand on. The ports visited are listed below.

I left the ship on arrival in London 15-04-1969 and decided to try shore side life again. Eventually moved back to W. Sussex and this time I got a job erecting large marquees and portable grandstands. Employed on projects such as maintenance on tents at Thruxton Race Track, Dairy Show at Hove and the Bob Dylan Isle of Wight Festival.

However crossing over to the Isle of Wight on the ferry got me thinking and a few days later I joined the Mataura again, this time in Swansea on 03-09-1969. Sailed from Liverpool and visited Auckland, Napier, Dunedin and Bluff. Because of heavy shipping at Panama as a result of the closure of the Suez we sailed home via Cape Horn, bunkering at Las Palmas and arriving in London three days before Christmas, how good was that.

Did one more trip on Mataura between 15-01-1970 and 01-04-1970 and decided that I should widen my horizons a bit more. Found a temporary job in a frozen food factory then on a Gas platform off Great Yarmouth waiting to join my first ship in the new fast expanding offshore oil and gas industry. 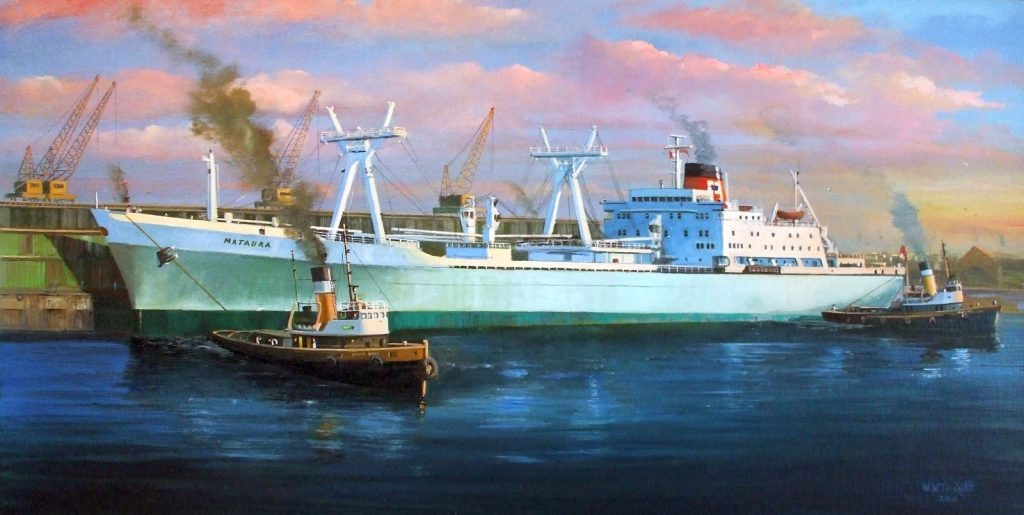