After spending the previous seven months studying for 1st Mate’s certificate in Lowestoft I was back at sea but without passing. Joined the Polar Shore in Tarragona, Spain on 02-05-1975 and rented an apartment for my Spanish girlfriend to live in locally. Couldn’t get much better than a location like this and the only downside was that the captain had an alcohol problem and would leave me to cover for him including taking the ship out to sea to deliver cargo to the oil rig that we were supporting.

During my tour we got word that I was to be promoted to Master on the Petrel Shore working out of Teeside in the North Sea. The last thing I did was to train my relieve on anchor handling before I flew to the UK with my girlfriend, later to be my wife. Said my goodbyes and left on 13-06-1975 to start the next phase of my career as Master.

The Polar Shore was eventually renamed the Ocean Foxtrot after also being known as the Canmar Supplier VII. 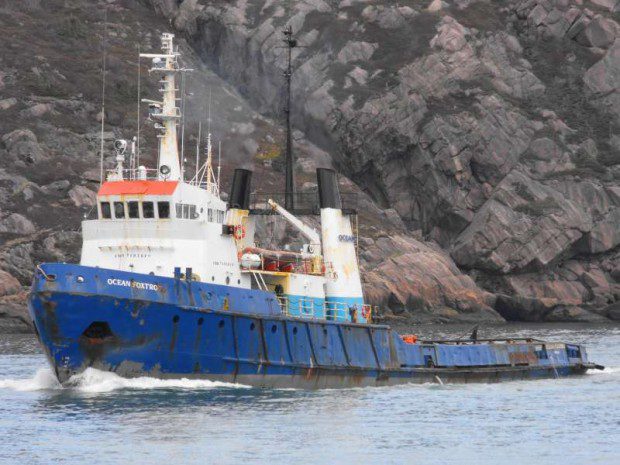