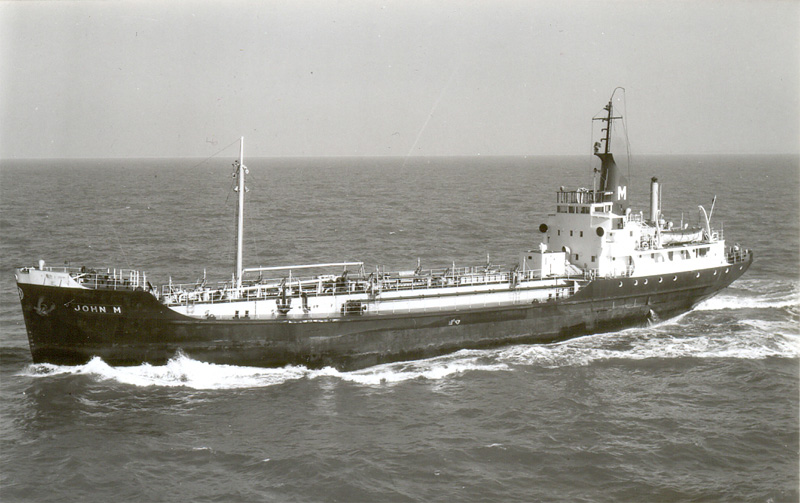 As I mentioned in an earlier post I needed some seagoing watch keeping time after failing my 2nd Mate's exam. Not sure how I made contact with Metcalfe Motor Coasters but I duly joined the John M at Percy Main on the River Tyne as an un-certificated 3rd Mate on 27-6-72.

This was rather interesting and new for me keeping watch at sea and discharging alternate cargoes taking turns with the 2nd Mate. The 1st Mate would load all the cargoes, usually at Fawly or Milford Haven. During the two months that I was onboard we visited ports as far apart as Inverness, Foynes on the River Shannon and Port Jerome on the River Seine and several ports in between.

I found myself, after only a few days onboard the John M navigating down the Thames on my own as there was a party going on in the Captain's cabin. The last time I had sailed up the Thames I had been the helmsman with the captain, officer of the watch and pilot on the bridge as well.

Apart from being hungry some of the time it was a pleasant summer spent coasting but the time was fast approaching to return to college so I asked to leave and said my goodbyes at Saltend on the Humber on 23-8-72.

A couple of weeks later I was back at Lowestoft Marine College and would have more joy at my next 2nd Mate's examination before rejoining Offshore Marine and my first and only position as 2nd Mate on a supply vessel, the Ocean Shore.