Known as the ‘company’s yacht’ because of its smaller tonnage, the Nottingham was a happy ship.

After departing London the ship visited Dunkirk to load cargo. During docking the ship hit the quay and sustained damage and after leaving Dunkirk we arrived at Falmouth for repairs. I can remember having a great four days there before we continued our voyage. Not sure if we stopped in Curacao for bunkers or if we sailed direct to the Panama canal for discharge at Colon.

The deck crew were a great bunch, mostly young, and we had a party every Saturday afternoon, saving up our daily beer ration. With one of the ABs a good guitar player we were soon singing a selection of seafaring songs as the cans were cracked open.

After leaving the canal we headed for Western Samoa, where on arrival there was no berth available. A liberty boat was laid on from the anchorage and we had a tour around the island until the bar opened late afternoon, it being Sunday. We had a great time in the bar reeling off a stream of ‘seaman’s song’ much to the delight of the locals. Missed the liberty boat back so hired a rowing boat late at night to take us back to the Nottingham, a rather dangerous voyage to the ship anchored one and a half miles out to sea.

On arrival at Lyttelton we had to wait for the Wellington ferry to dock and after we had finished docking ourselves and having breakfast a docker came into the mess room looking for me to tell me my girlfriend from Wellington was waiting for me on the quay. That was one of the proudest moments of my life so far.

After Lyttelton we visited Nelson, Timaru and Napier before heading back to Panama. First port of call back in the UK was Hull before London for pay off, and I remember it was a good trip on a happy ship. Life was good! Crew at aft-stations for docking. That's me on the left. On pay off day (20-08-66) the Number One record in the UK charts was: Yellow Submarine/Eleanor Rigby by The Beatles.

Thanks for stopping by. I hope you enjoyed your time onboard as much as I did. 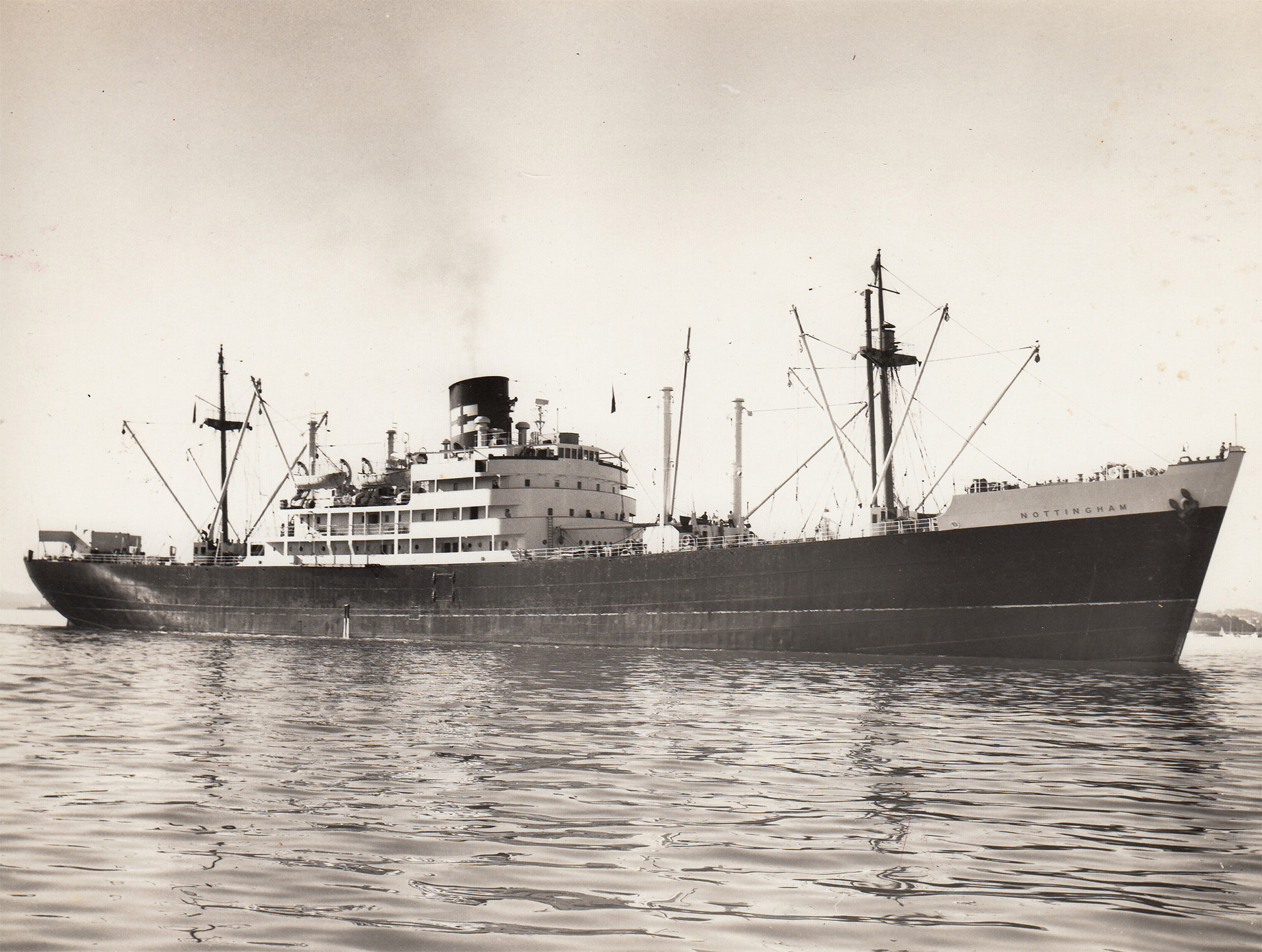 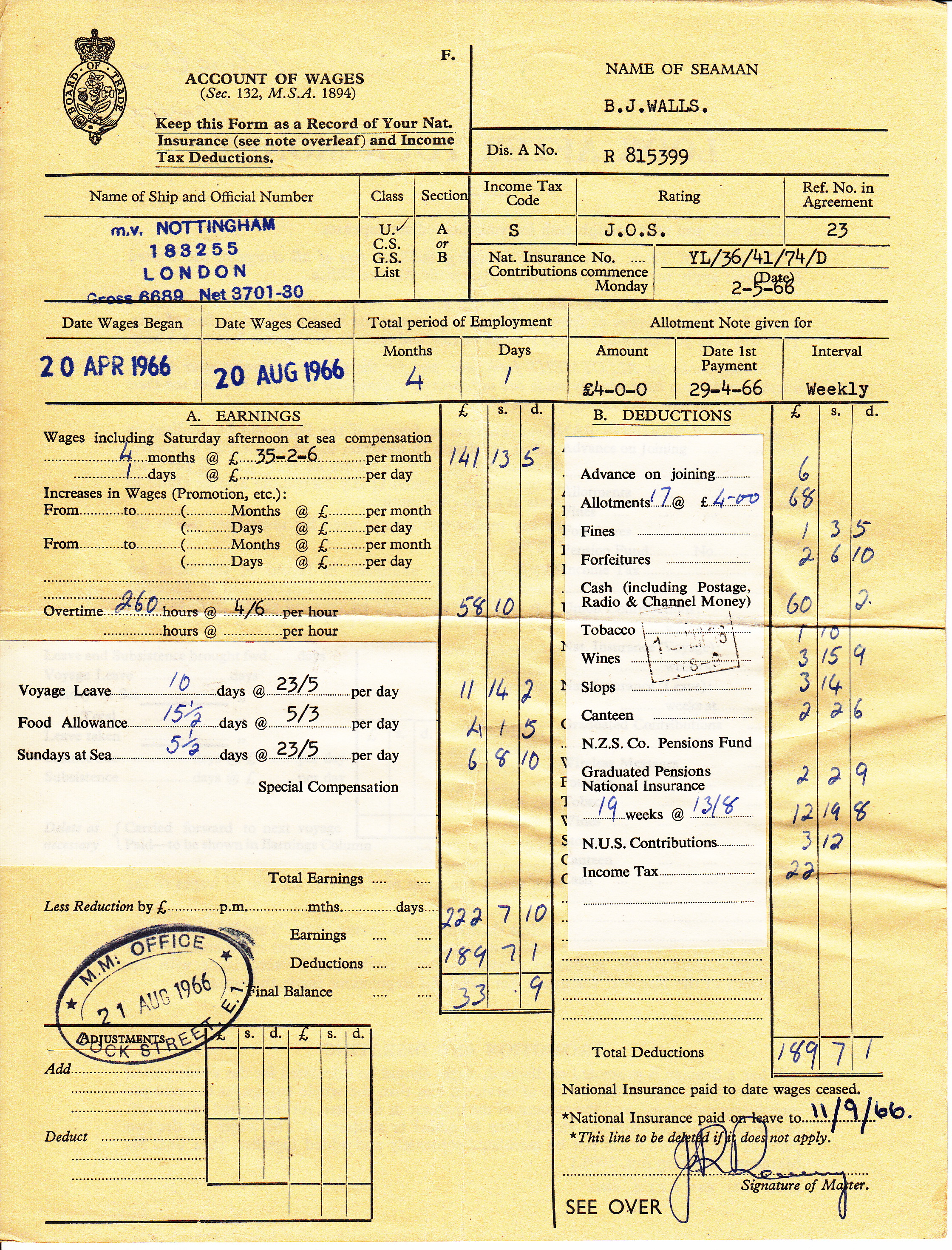