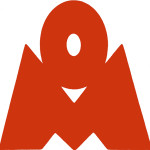 Offshore Marine Ltd. (OM) was one of the original offshore support vessel companies in the UK. Formed by Hay’s Wharf, who owned the London and Rochester coasting company.

On April 1, 1968 Offshore Marine Ltd. was sold by Hay’s Wharf Ltd (London and Rochester Trading ) to Cunard Line. It retained its OM name.

On December 31, 1972 Offshore Marine Ltd. separated from the OSA.

In 1980 the company was purchased by Zapata Corporation which in turn was taken over by Tidewater Marine when they ran into financial trouble.

With the North Sea, and worldwide, offshore oil industry fast-expanding there was a large demand for support vessels, which in turn created a big demand for crews especially crew members with offshore experience.

This gave me an opportunity and I decided to study for my Second Mates Certificate. Once I eventually obtained it promotion to 2nd Mate, First Mate then Master was all achieved with this certificate before I returned to college to study for First Mates certificate. This came along soon enough but made no real difference as I was already sailing as Master, with a dispensation. However, when I had enough sea time with the First Mates certificate I returned to Lowestoft College and studied for and eventually passed the examination for Master first time.

One of my best memories from my time with Offshore Marine was meeting Dave Shannon, the managing director who at twenty one years old was one of the ‘Dambuster’ pilots.

Offshore Marine ships that I sailed on.